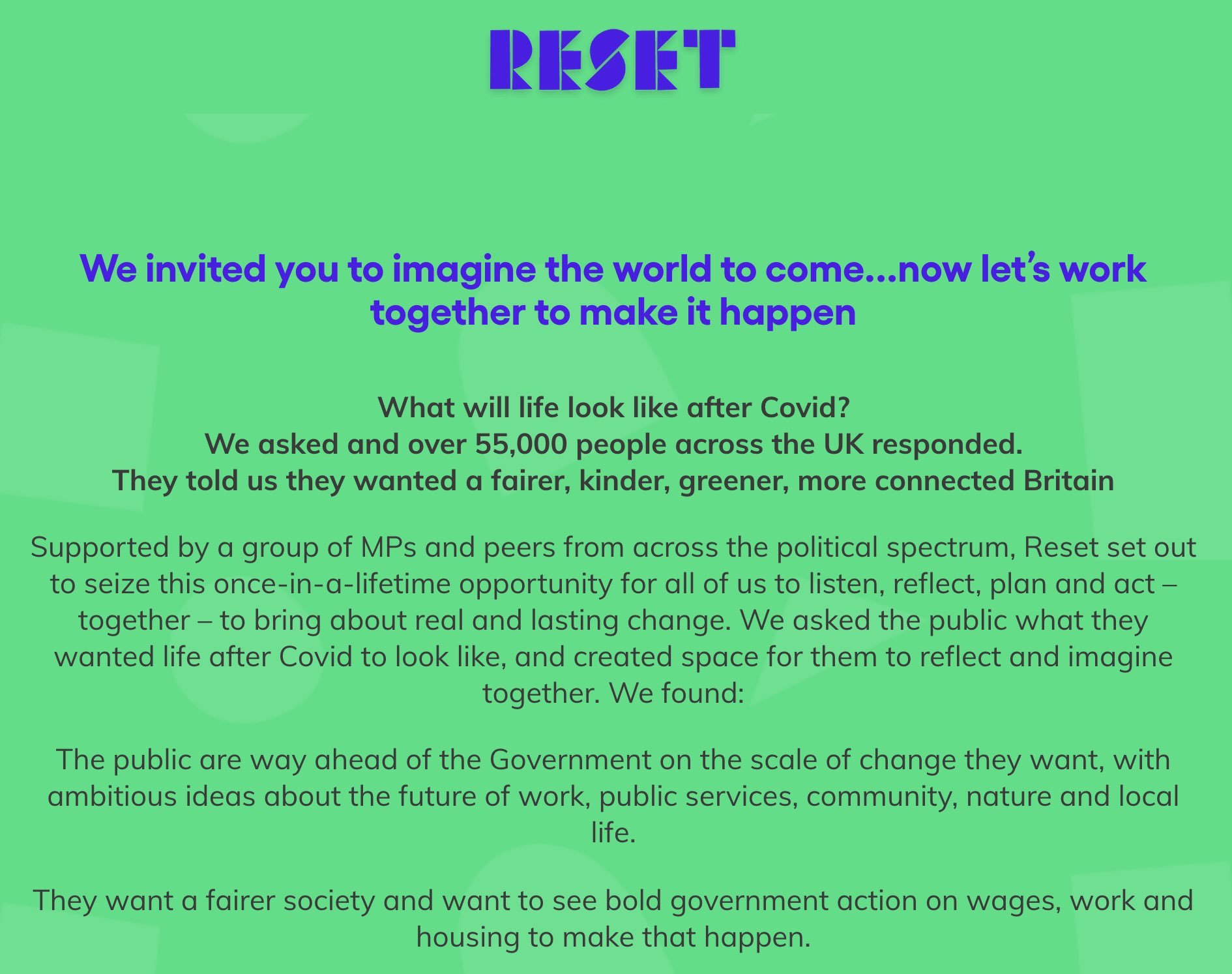 The All-Party Parliamentary Group on the Green New Deal’s ‘Reset’ inquiry heard from over 55,000 people, including two nationally representative polls of 2,000 people; in-depth workshops with 108 people; evidence from 17 experts; in-depth interviews with people who are digitally excluded; and written evidence from over 30 organisations from the NFU to Nesta.

The findings were picked up nationally, with a good write-up in The Guardian

The consultation come amid growing concern that the government is attempting to rush the country back to a pre-Covid “business as usual” model, rather than learn the lessons from the pandemic and build a more resilient “fairer, greener Britain”.

The inquiry was conducted by the all-party parliamentary group on a green new deal. One of its co-chairs, the Labour MP Clive Lewis, said the coronavirus crisis appeared to be driving a widespread desire for change.

“The findings of our research show that – almost irrelevant of age, sex, class or ethnicity – people want a fairer, greener, more community-oriented future. They do not want to see society go back to how it was.”

On the topic of green spaces the report says “Those interviewed felt more connected to nature after lockdown and prioritised giving everyone access to green spaces. People felt more attached to their neighbourhoods and wanted more time to volunteer and for their local high streets to be mixed with car-free zones, green spaces, community hubs and cultural venues – and not just shops.”

What happens next
Now the cross-party group has heard what people want, they are using the evidence, submitted both from the expert witnesses and those in person, to draw up a package of policy measures that would deliver the kind of Britain people have said they want, the group will present the findings to parliamentarians and to the Government in October.