By planting a variety of native plants in and around your pond you’ll create a healthy and varied pond habitat and hopefully native wildlife will come to the pond.

Pond plants can be divided into four groups all of which have specific functions to perform.

Deep water plants are often referred to as oxygenators because in the presence of sunlight, their underwater leaves take in carbon dioxide (which is poisonous to animal life and produce oxygen, which is essential for their well being).  Restrict yourself to two or three species because oxygenators grow very quickly and can easily take over the pond. There’s plenty of choice:

Usually sold in bunches by garden centres, oxygenators stand the best chance if rooted in a planter containing a pond soil mixture which is gently lowered into the deeper part of the pond.

These are plants which either float freely at or near the surface (like the water soldier and duckweed) or are anchored to the bottom but produce large floating leaves (like the water lily and arrowhead).  They have an important part to play in the ponds stability by excluding light from the water which helps to prevent algae growing too quickly and turning the water green, red or brown.

True floaters are easy to plant – simply drop them into the water, but avoid some of the aliens such as azolla, which can cover the whole surface in a few weeks shutting out the light.  Other aliens include water lettuce, water hyacinth and water chestnuts.  Water lilies must be stabilised in soil if they are to thrive.

Moving closer to the bank, we come across a group of plants which grow best in shallow water where their roots gain a foothold in the mud.  These plants help to keep the nutrient levels under control.  Monkey musk, spearwort, marestail, water plantain, flowering rush, lesser reedmace, bur reed and water forget me not all come into this category.  Place the plants in groups in planters which can be located on a shelf covered with about 15 cm (6”) of water.

Finally there are the marginals, those plants need plenty of water but also need their roots firmly bedded into the soil.

Here the choice is larger: 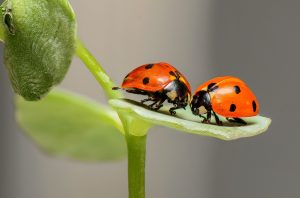 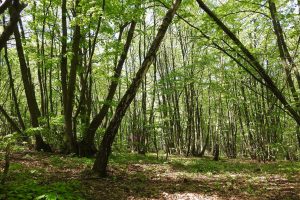 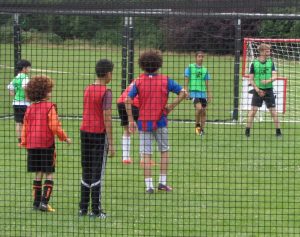 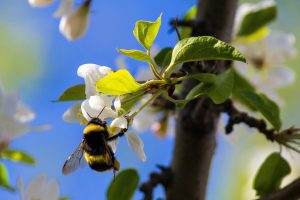 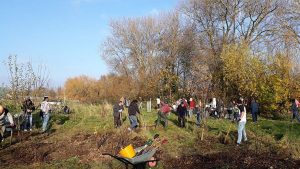 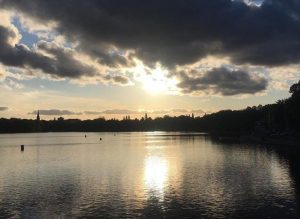