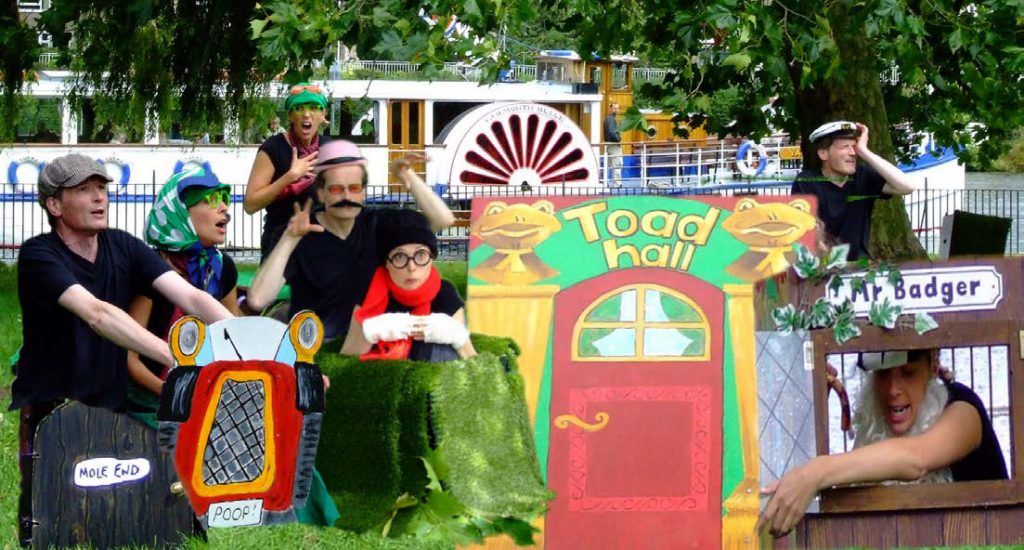 In May of 2017 we were informed that the neighbours adjacent to a piece of parkland (176 sq. m) alongside the Thames River (referred to as the River Terrace) that had been restricted to the public for the past four years due to alleged reports of antisocial behaviour (despite the Friends of Wandsworth Park repeatedly requesting to take over management of it) had submitted a planning application for ‘change of use’ with the intent of taking a private long-lease of the land to be incorporated into their already large private gardens. After major community opposition and outrage at this land-grab, we determined the best way forward was for the FoWP to apply for an Asset of Community Value (ACV) declaration for this piece of land, as well as the entire Park, restricting it being leased and ultimately sold.  In the end, we were successful, but not until we had been through a major battle to achieve this result.

The application was a very time-consuming, arduous task that required an enormous amount of research and consultation. Luckily,there were various sources we were directed to and Wandsworth Council had an independent member of staff to advise on the ACV process. It required a lot of community support, encouraging many members of the community to file objections to the planning application, and the compilation of extensive data to support our position as a community group.

We were advised of the items and all the information that was required to file for an ACV and we simply followed the procedure.

After a few months we were informed that the River Terrace and Wandsworth Park were declared an ACV, and subsequently, the neighbours’ Planning Application was denied.

Ironically, after this significant victory, we had a hugely successful celebratory Tea Party on the River Terrace (with over 200 in attendance and all cakes and beverages donated). But then, to our dismay, we learned that days before the six-month deadline, these very tenacious neighbours were adamant that they wanted this piece of land and appealed the decision to the Government Planning Inspectorate.  This came as a huge shock and was very disappointing. Believe it or not, this required that we had to go through the entire process all over again and expand it further so that the Government Inspectorate could see the true importance in our position and that of the community we represented.  We were informed that the Inspectorate decision was final, and no further appeal could be had thereafter, which only increased the stress.

Luckily, in this instance, we were not fighting the Council, but the Council were now fighting alongside us to retain the land for the Friends and the wider community. It helped to work somewhat in conjunction.  We were still rather disappointed with the Council as they had, in fact, in early documentation supplied by the petitioners in the first Planning Application, indicated their desire to dispose of the land (“it was no great loss”) from several years back, which infuriated the Friends and the Community. We were able to demonstrate that we had been misinformed for years in our efforts to get access to this land.  Another massive undertaking and compilation of many pages of documentation paid off and we were hugely relieved that we won the second round. Thank goodness, it seems we are now safe for the time being, but all that said, the Council have been very remiss in their allowing us access and control of the space, which was agreed to nearly 18 months ago.  We are awaiting some general legalities, but still we have not been able to open it to the Public on a daily basis and are getting a lot of flak because of it.

Our Chair did almost all the documentation and had committee members review the materials before they were submitted. It was a very onerous task but also one that to be done by one person. Nonetheless, members of the Friends were needed to support various aspects and the group responded with great enthusiasm. They stepped up to the plate without hesitation.  This rallied many and we got a lot of new members because of it, which was hugely rewarding. People locally were able to see the value we offered them.

I think we were successful because we were on the right side of the law and with green spaces so under threat and hugely valuable, the fact that a Community Group really came forward and fought for it made us impossible to ignore. I think in the end the Council and the planning authorities knew we were very vocal, adamant about our position and determined that we would not rollover easy. I think the fact that we, as a relatively new Friends group, had been so adamant about our stance on so many issues with the Council in just a few years of being in existence, they knew we were not a light touch. We were also very lucky that two attorneys, who joined the Friends because of this event, were hugely helpful and supportive and reviewed all my paperwork extensively and put forth a very strong legal case themselves as to why the Council couldn’t approve the application. We think that component was very significant because the Council then realised that if we did not win this ACV, they would be subject to further legal challenge. They had just lost a big case with Wandsworth Common regarding public space and we think they had lost the appetite for legal battles over public open space.